Uptime 30: How Did We Become One of the Largest IT Companies in the Region in Three Decades? 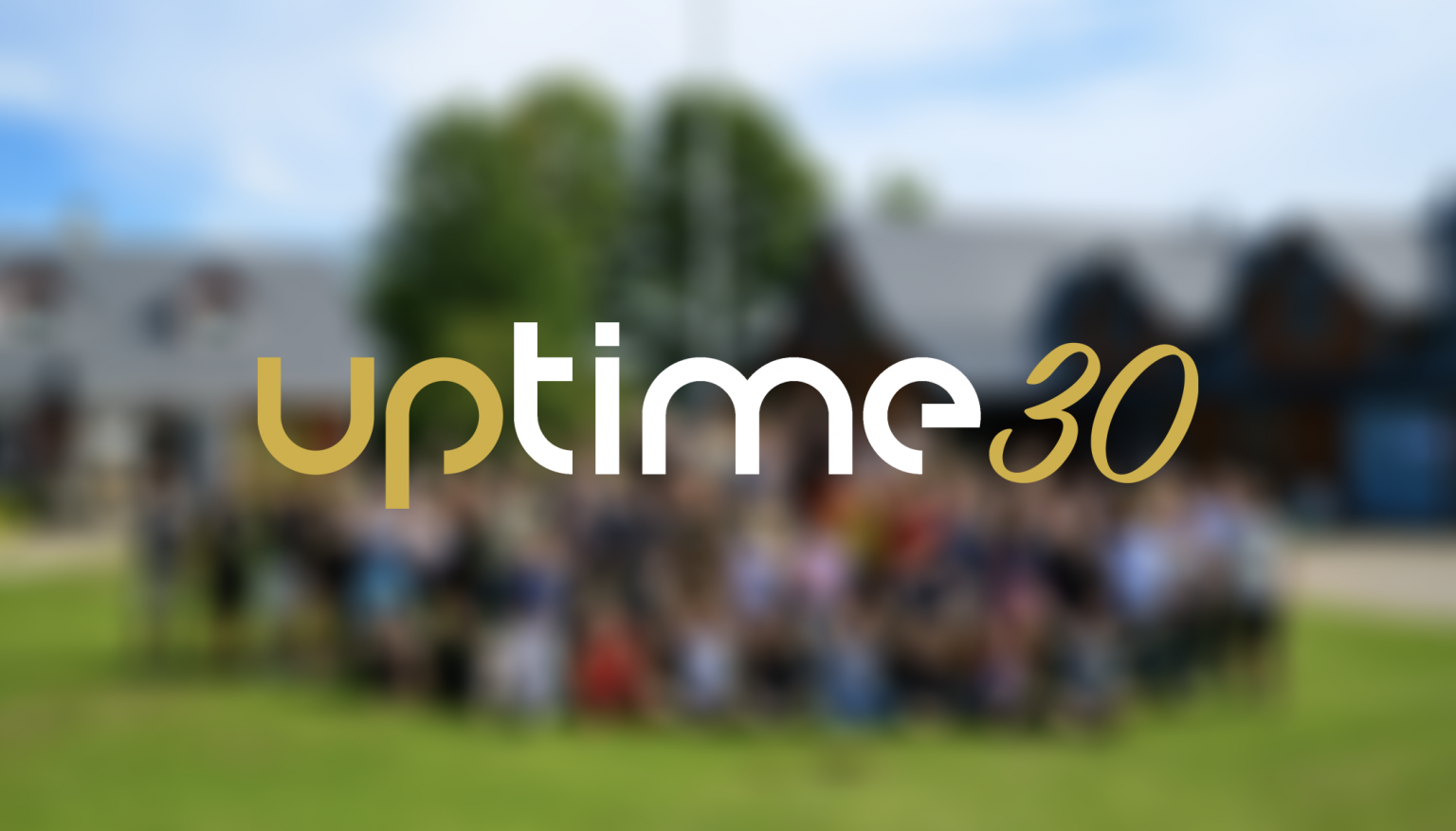 This year marks the 30th anniversary of Uptime. During our 30 years, the company formed by the merger of a firm founded by university friends and several other smaller companies has grown into one of the largest software development firms in the region. However, getting to our current form has been a journey full of various twists and turns, as well as the need and constant drive and desire to adapt, to offer even greater value to both our customers and our employees, says Eero Tohver, CEO of Uptime.

Uptime celebrates its birthday after the founding date of Capricorn in 1992 – a company that was one of the three to merge and create the firm that bears our name today. Capricorn was founded by five university friends, including the legendary late Toivo Annus, with the aim of succeeding in the IT sector, as much as it existed at the time. Capricorn aimed to offer a little bit of everything, from software development to hardware sales. However, the times were uncertain, the market was still evolving, and all the players were young and bright-eyed and did not yet fully grasp the realities of the business world.

Considering the situation at that time, it is not difficult to understand why the founders of Capricorn, my small IT infrastructure company, and Suppro felt in 1997 that it would be more beneficial to join forces and stand out as a more serious option. At this point, the new company had a total of just under 20 employees and continued to provide IT infrastructure, software development, and maintenance services.

Although the first five years were successful for the merged company – a wide range of customers were served, including Äripäev and Alexela, who are Uptime’s customers to this day – fortunes started to decline soon after. There were several reasons for this, the most important being the economic downturn in the late 1990s, but also the fact that the CEO at the time wished to move on to something else. The situation wasn’t helped much by the ownership structure of the company, which at that time consisted of 10 different shareholders, many of whom were no longer involved with the business side on a day-to-day basis.

All of the above posed a difficult question for me and the other shareholders: how to go forward from here? Simply put, there were three choices on the table at the time: to shut down, to sell the company to someone else, or to let one of the existing partners buy out most of the others and take control of the company.

At this time I came to the conclusion that the story of Uptime has not yet been finished and that the company is far from its true potential. I was certain that with the right decisions, true success could be achieved with this team and culture. That’s why I decided to buy out all of the passive shareholders, make the necessary investments to keep the company going and start managing the company on a daily basis. In all of this, my goal was to grow the company and provide both our customers and our employees with what we are well known for today – stability, flexibility, and the opportunity to develop and grow with us or with our support.

Of course, this does not mean that it was smooth sailing from there on out. Evolving to what we are today has been a process that has taken its time, during which we have made a number of mistakes, but fortunately also a good number of right decisions.

In the mid-2000s we made our first attempts to expand abroad. Seeing that our model works well in Estonia, customers are satisfied with what offer, and our employees feel that what we provide is a culture and atmosphere that suits them, we decided to enter a market that seemed to be similar to Estonia – Finland. We were able to operate in that market from 2006 to 2008 when the economic crisis hit and it became clear that at least for now this was not a place for us to be, but rather it makes sense to take a step back, catch our breath, and steer the company through the crisis in the market that we know well.

However, this one-off failure did not mean that we dropped our expansion plans, but rather it made clear that it was more sensible to approach the goal from a slightly different angle – instead of trying to build a new business from scratch in a new market, it would better to join forces with someone who has already established themselves but would need financial or managemental support to grow their business. With this approach, we entered Norway in 2015, where we acquired Comperio, which now operates under the name of Uptime Consulting, serving customers all over Norway.

After achieving success in the Norwegian market, it quickly became clear that the new model is well suited to meet our goals, so in addition to active expansion in Estonia – in 2019 we were joined by Birghtspark’s .NET development unit and in 2021 by Opus Online – we were actively looking for opportunities in other markets as well.

With this mindset, we expanded to Switzerland in 2016, Denmark in 2018, and Poland in 2020. With all of these expansions, our goal was to find businesses that, with a little support, could offer the same level of services in their market as the head office does for Estonian customers. This means that, unlike many other companies, we did want to create mere sales or development offices, but branches that are able to fully serve customers in their area as well as peek beyond their borders.

In the early 2000s, our business was divided between two major areas – IT services and software development. The services business was strong in the years 2000-2010, one of the major drivers of which was the significantly lower usability and durability of the systems, compared to what we are used to today.

Alongside our active expansion both in Estonia and in other markets, in 2015 it became clear that dividing our attention between two different business lines was not what we wanted to do, so we had to make a difficult decision. The potential of software development was and is greater and more international, so we made the call to sell the IT services business. At the time of the sale (2016), Uptime Systems was one of the three largest service providers in this field in Estonia and with its 25-member team was known for being an experienced partner.

All of the above means that Uptime now operates in five markets – Estonia, Denmark, Poland, Norway, and Switzerland – and employs 160 professionals who appreciate not only the exciting professional challenges provided by our line of work, but also the stability, flexibility, and freedom we offer.

Whilst we may be established in some markets, we still have plenty of room for growth, and there are many challenges and opportunities still ahead. Our first 30 years have been marked by growth and expansion, and we plan to continue on that path. I am honored to work with such a capable team and ambitious clients as those who have decided to trust Uptime. I sincerely hope to be able to write another one of these in 10, 20, or 30 years.

Thank you for being with us.